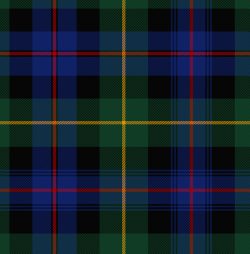 A Farquhar Shaw, the 4th son of Alexander 3rd, Shaw of Rothiemurchus, was the ancestor of Clan Farquharson. His son married the heiress of Invercauld and the Clan gained its lands on Deeside. Its most famous Chief was Finla Mor who consolidated the Clan and who carried the Royal Standard at the Battle of Pinkie in 1547.

In the 18th Century, connections between Farquharson and Mackintosh were strengthened by the marriage of a daughter of the Farquharson Chief to the then Chief of Clan Chattan.

‘Colonel Anne’ as she was known raised the Clan Chattan regiment for Prince Charlie during the ’45.