In the early days there was no real need for clan societies as people with similar names, sharing the same areas of land, owed allegiance to their chief and territorial leaders.

Over the centuries the ‘Clan System’ broke down and formal societies became necessary to meet the needs of the scattered clansfolk.  The Clan Chattan survived the tragic events of 1746 at Culloden and
then the Highland Clearances, but social conditions in the Highlands were already changing. Clansfolk ventured south in search of new opportunities and to the colonies overseas where fortunes were to be made. 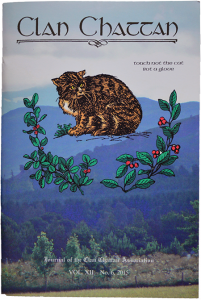 The development of the Clan Societies as we know them now aimed to provide friendly, social intercourse between those linked by a common name and to stimulate interest in the knowledge and understanding of their Clan’s history.

The writings of Sir Walter Scott romanticised the Highlands and led to a revival of interest in the affairs, culture and economic wellbeing of its people. This peaked when Queen Victoria fell in love with the Highlands and acquired estates in Balmoral. The first Clan Chattan ‘Association’ was established in 1727 and the second was founded in 1893 in Glasgow. Despite growing membership and successful lectures  and dances the association waned and died around the turn of the century.

In the summer of 1933 a few enthusiastic clansfolk in London founded the third Clan Chattan Association. It flourishes still to the present day and although it is firmly based in Scotland, has a worldwide membership. 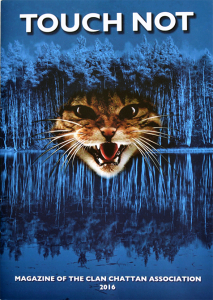 The Association is sustained by a handful of enthusiastic Council members. Who, between them, organise such events as the Clan Chattan Association Gathering at the beginning of August.

Although scattered throughout the world, members are kept informed through the Annual magazine, ‘Touch Not’. The magazine focuses on the membership and has articles written by members. Periodically the Association produces a journal which has lengthier and more historical articles. Both are a must for those researching their forefathers and wanting to keep up with Clan events.