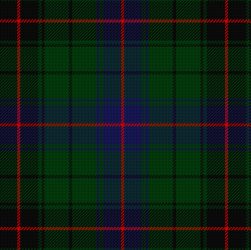 Traditionally, the Clan Davidson has thought of the Badenoch area in the Upper Spey valley as one of its homelands. Today, we realise that it is most unlikely that all Davidsons are descended from a common ancestor. More recent research indicating the presence of early clusters of Davidsons in other parts of Scotland confirms this point.

Tulloch Castle near Dingwall was acquired in 1763 by a prominent Davidson family from Cromarty. Since that time, this family and their descendants have been taken on the role as Chiefs of the Clan Davidson. Clan Davidson Association also maintain a small museum at Tulloch Castle.