Macleans of the North 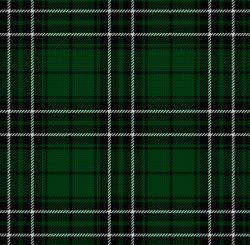 Tearlach was in the vanguard of the Lords of the Isles and was Constable of Urquhart Castle from 1394, but following the Battle of Harlaw in 1411 he sought protection within the Clan Chattan. His son Hector married a daughter of the Chief of the Mackintoshes.

Despite the active support of the Mackintoshes and Clan Chattan, the Macleans lost ownership of Urquhart in 1509, and settled nearby at Dochgarroch, though they still managed to lease much of Urquhart. In 1609 Alexander Maclean of Dochgarroch signed the Clan Chattan Bond.