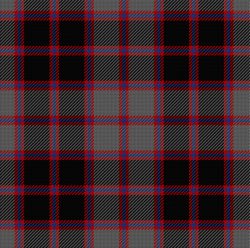 Clan Mhuirich– Guardians of the Crossroads

Muriach Cattenach, the one time lay Parson of Kingussie, was followed by three grandsons who formed the “ Posterity of the The Three Brethren” the progenitors of the Clan Macpherson , who occupied an important and sometimes independent position in the Highlands

During the 14th century they migrated from Lochaber to Badenoch when they defeated the Comyns at the behest of Robert the Bruce, as later recalled in the Arms of Cluny, dating from 1672, which include a representation of a Dagger laced with Blood which refers to that defeat.

During the Jacobite Rising of 1745-6 they proved their loyalty to Prince Charles Edward Stuart by gallant service in the battles of Clifton and Falkirk. The last to leave Derby and fighting all the way back as rearguard, resulted in the Clan arriving late for Culloden but still saved many lives, preventing total slaughter by Cumberland’s troops. The Chief also provided refuge to the Prince in Cluny’s Cage, a hide out on the slopes of Ben Alder above Loch Ericht.

‘A Clan to be feared in war but one which welcomes visitors to its lands.’

The Clans traditions are celebrated in an Annual Gathering or Rally held in Badenoch each August, and in their famous Clan Museum at Newtonmore.

Motto: Touch not the cat bot a glove