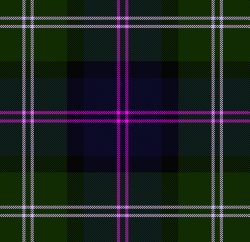 To the government in Edinburgh, they were known as MacThomas and are so described in The Roll of the Clans in the Acts of the Scottish Parliament in 1587 and 1595. MacThomas remains the official name of the Clan to this day, notwithstanding the fact that few of it’s members have ever actually been named MacThomas.

The 7th Chief was John McComie (McComie Mor) and his deeds have passed into the folklore of Pertshire and Angus, where the legends surrounding this highland hero abound.