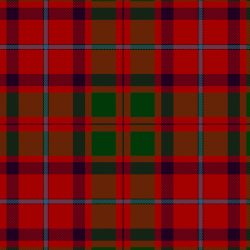 With a common stem that goes back to the Earls of Fife, the history of the Shaws and the Mackintoshes is as deeply interwoven as the tartans they wear.

The word Shaw is a corrupt Anglicised rendering of part of the ancient Gaelic style Toiseach meaning first, foremost or leader, and is still the name given to the premier of Eire.

Three of the first four Chiefs of Clan Mackintosh were all Shaws, and the Shaw was made Constable of Inverness Castle in 1163. Since then, the family have played an important role in Highland and Scottish history, a history that is still developing.

The founder of the Clan Shaw was John, second son of Angus and Eva, heiress to Clan Chattan.  His grandson, Shaw Mor, led the thirty champions of the Clan Chattan to victory at the ordeal by battle on the North Inch of Perth in 1396.  As a reward, the family were granted lands at Rothiemurchus near Aviemore.  By 1567, these lands became the property of the Grant family.

After losing their stronghold at Rothiemurchus, the clan family have been represented by the Clann Ay in Strathnairn at Tordarroch.  There were junior branches at Dell, Dalnavert and Kinrara, Deeside and the Perth and Angus Highlands. Many Shaws took part in the 1715 and 1745 Jacobite Risings.

Iain became 23rd Chief after the death of his father, John Shaw of Tordarroch in 2017. John and his wife Silvia lived in Mallorca, Spain where they pursued their interest in local culture and history. They maintained contact with Shaws all over the world. The Family also retain ancient and close connections with the history of the Black Isle and that of the Newhall Estate and the parish of Resolis.